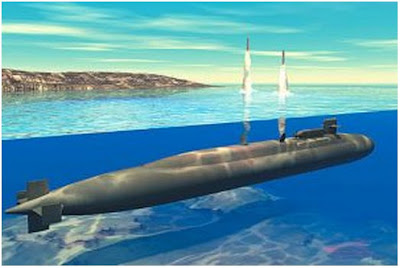 Well, it’s happening. About a month before Defense Secretary Robert Gates unveiled his budget plans that emphasizes strategic weapons, the Pentagon gave the Navy the green light to start developing technology for a 21st century fleet of ballistic missile subs.

The service received the go ahead, called Milestone A approval, after the Pentagon’s top weapons buyer Ashton Carter and the Defense Acquisition Board approved the project on Dec. 9.

Now, the Navy can figure out exactly what it wants the new class to do in terms of operational requirements and determine what technology will be needed to meet those requirements. This will pave the way for the purchase of the initial ship of the class by 2019, according to a Navy announcement.

The effort, which was sent back to the drafting room after it looked like its costs could balloon out of control, aims to replace the current fleet of 14 Ohio class boomers with a fleet of 12 boats able to carry 16 ballistic missiles. The Ohio class subs can carry 24 nuclear tipped Trident D5 ballistic missiles and some have been modified to carry Tomahawk cruise missiles, instead of nukes.

If the sea service wants to field a new class of boomer that quickly, it is almost sure to look at using existing technology to field the subs, much the way the Air Force is doing with its new bomber program. This may mean the Navy’s idea to develop the new boomers based on something like a modified Seawolf class attack sub design could win out over the alternate plan to develop an entirely new missile boat. This will be all the better given the cost-conscious environment we’re living in, especially considering that some estimates place the purchase price for the boats at $40 billion and total lifecycle cost for the new subs at about $100 billion.

Read more
Posted by Katon Tin Ton at 8:14 AM

Email ThisBlogThis!Share to TwitterShare to FacebookShare to Pinterest
Labels: navy